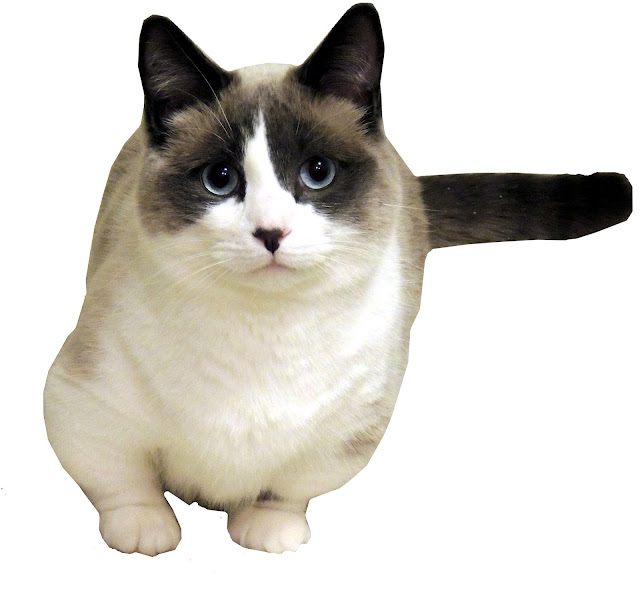 Cats were one of the last animals to be domesticated. They were first found in households in Egypt about 5000 years ago. Today they are the most popular house pets, outnumbering dogs by more than two to one.

The earliest domestic cat was probably a Tabby, descended from the wild tabby cat.

The first cat show was held in London in 1871. There were 17 breeds listed at that show. Currently, there are 37 distinct breeds recognized in the United States.

Though dogs were initially bred to do specific jobs, such as pulling, hunting or herding; cats have been bred for looks alone. Unfortunately, the desired physical trait that is bred for may carry with it undesirable defects.

Manx cats (which are tailless) for example often are born with malformed urinary tracts. Persians can have lethal defects of the eyes, nose and jaws. Both Persians and Siamese have a high incidence of cleft palate. Blue-eyed white cats are often born deaf and maybe sickly in general.

Coat type, longhair or shorthair, is the first level in classifying cat breeds. After that, each breed is divided into its accepted color classes.

The most common and most popular “breed” is not a breed at all, but the ordinary housecat, known as the domestic shorthair or the domestic longhair. They are also commonly called tabby cats, though this term actually refers to specific markings and coloration.

Of the purebred cats, the currently most popular are the Persian, Maine Coon and the Siamese.

Posted by Werner Cappel at 9:32 AM