The Chow Chow is most recognizable for its full, bear-like coat. This breed is medium-large with a height range of 18 to 22 inches and weights between 45 and 70 pounds. The double coat of the Chow Chow is extremely dense and is found in smooth and rough varieties. There is a such an abundance of neck hair that it forms a noticeable ruff. The Chow Chow's tail is carried curled up over the back and is held close to the body. The tongue of this dog is blue, usually with a black underside. The coat is always a solid color, with red, black, cream, and blue being among the most common colors. This breed can live for up to 15 years.

History:
The Chow Chow developed in China, in the Mongolian region and is believed to be a very ancient breed of dog. This dog was a multi-purpose dog in the region of its origin and was used for hunting, drawing sleds, and as food. This breed was referred to by different names in China, and the name it now bears was bestowed on it by English sea captains, who brought the dog with them to England. General cargo was called "chow chow" and the name transferred onto the dog. Some believe the name also means food.

Temperament:
Known for a sometimes aloof manner, the Chow Chow is nevertheless a dog that will bond strongly with one person. This dog will get along well with children, but older children are best here. Socialization with other pets and people is important with this breed and training should begin while the dog is young. Although this dog breed has something of a reputation for aggression, this is mostly a result of poor breeding practices. The owner of this breed should exhibit authority so that the dog does not attempt to be the 'leader of the pack'.

Health Issues:
The Chow Chow is a fairly healthy breed but can be subject to various ailments. Hip and elbow dysplasia are found in this dog and it can also suffer from entropion. This dog can also develop bloat and if it does so, must be taken to the veterinarian immediately for treatment. Several small meals and a quiet time after eating can help prevent this serious condition. This breed, because of its relatively short muzzle will often snore.

Grooming:
Regardless of whether a Chow Chow is going to be used as a family pet or as a show dog, it needs a great deal of daily grooming. This dog's coat is much too thick and long to allow to go without brushing every day. This dog breed will experience a heavy shed twice a year and will need extra attention at this time.

Living Conditions:
The Chow Chow is a fairly quiet dog inside and will do well for apartment living if given a walk every day. As this dog has a somewhat reserved character, it does not mind living outside as long as it receives some attention every day from the person with whom it has bonded. The thick coat enables this dog to live outside even in winter.

Posted by Werner Cappel at 9:03 AM No comments:

The chow chow is a very old dog breed with an unknown exact origin. History indicates that the animal might have emerged in China around two hundred and six BC. Chow chow dogs look like the Chinese Shar-Pei because of their black and blue mouths. They somewhat look like they fathered some other famed canines, including Samoyed and Pomeranian among others.

In the olden days, chows were serious wolf hunters, animal herders, cart pullers, and home and boat watchdogs. They generally provided support as far as protection of property and humans. Their working role seems to have changed nowadays as chowchows are simply family pets. Read the following question and answer guide to understand them more.

1. The chow chow physique - These are huge, strong canines with a bluish-black tongue and virtually upright hide legs. One can notice this funny look of the rear legs when the pet is walking. They can grow tall up to a height of eighteen to twenty-two inches at the shoulder. Additionally, an adult dog can weigh around forty-five to seventy pounds.

Their heads are large and wide whereas the skull is flat and they look like smaller male lions because of their head mane. Their large noses are black and boast two properly formed nostrils. Ears as are small, triangular shaped, erect and their tips perfectly round. Chow chow dogs have sunken, dark eyes and their curly tail rests close to their back.

The fur type distinguishes the two types of chows available. One type of dog has an abundant, dense soft coat and the other type has a thick, rough coat. There are five distinct colors of chowchows, including blue, black, red, cream and cinnamon. Cream dogs can sometimes have grayish, white or tan colors. These lovely pets have sharp, thin biting teeth.

2. Is the dog's temperament bad or good? - Let us just say that the dog's behavior and temperament depend on who owns him or her. Dominance is a natural train in chows and they can very easily grab a bossy position in your home. Would you imagine following your pet's orders and wishes? Well, with chows, being overprotective of their masters is not a problem. They have incredible willpower, confidence, and authority that could surpass the same traits in some humans.

That said, it is imperative to train your canine how to be obedient. He or she does not refute or boycott daily puppy lessons. Chows can be very cooperative if that is what the master wants. Additionally, each home needs more than one authoritative figure as in chow chows can intuitively discover a weak human leader. Therefore, she or he will be polite, respectful to the master, and frankly rude to another person without a commanding tone.

If a chow is not in a good mood it will blatantly show it and will demand space. When they need play and attention, they will even be good to children and other pets. However, these dogs will repeatedly follow their instincts, in that they will want to herd and protect homes, children, pets and everything.

3. Does the animal have any health problem? Chow Chow dogs suffer entropion, an eye disease caused by some serious eyelid abnormality. The problem needs a surgical correction. Other problems include ear disease, stomach cancer, hip dysplasia, and hot spots among others. Chows can survive in small indoor spaces as long as there is a small backyard for allowing play. If well nurtured, these pets can live for about fifteen years.

Posted by Werner Cappel at 11:53 AM No comments:

It is believed that the origin of Chow Chow dog is in China. In his homeland, he is still used today as a daycare dog, as both houses of reed boats, and even as a delicacy in countries of other continents. The Chow is considered as a company dog. It has a very proud and reserved nature, which makes it become attached only to its owner. It always presents a clean coat and is easy to train, but is very difficult to live alone at home, because it has a great need for areas where it can be able to move.

The Chow Chow looks like major Nordic Spitz and still retains some features of him. For many centuries, is raised with care in China, where it is considered as a working dog. The many existing ancient witnesses tell us with certainty that their appearance has remained unchanged over time, and therefore maintain its ancestral characteristics of race. Its introduction in Europe is due to a British ambassador in Peking who gave a couple of these dogs to the Prince of Wales in 1880. Immediately, the race is spread fairly rapidly in England and were very numerous imports from China, to the point that in 1884 the English Kennel Club, the officially recognized.

It is a dog of strong constitution, good power and leonine appearance. The head is relatively strong and broad, with small eyes and dark, penetrating expression, whose apparent lack of eyebrows is due to the particular design of the folds. The trunk is very solid and powerful.

Height at the withers is minimum 45 inches.
Head: truffle large, broad and preferably black on sheets of white or cream can be clear, in blue or fawn, the color of the layer; snout of moderate width, eye width from the end; venture with scissors; skull flat and broad. Stop slightly marked.

FOOD: nutritional needs in inactive adult specimen have been estimated between 1,250 and 1440 Kcal; daily ration of maintenance. His diet should be as rational as possible, with adequate protein, carbohydrates, fats, vitamins and minerals.

DAILY CARE: The Chow Chow is provided with a rich, thick hair and a soft undercoat, which need to be brushed daily. This operation is extremely important because it allows for good aeration of the undercoat, reducing the possibility of developing pathogen. The brush should be dipped in a disinfectant solution.

DISEASES: It is known that this race could have hereditary disease (myotonia and muscle hypertrophy). 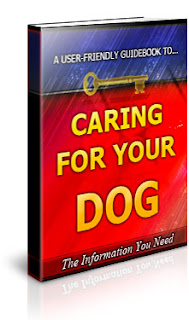 Posted by Werner Cappel at 10:17 PM No comments: