Also known as the Alsatian, the German Shepherd is a 'young' breed, having only been recognized as a distinct breed in the last 90 years. The German Shepard can trace its roots back to a range of shepherding dogs in Germany, and some groups tried to informally breed this dog. This effort failed but in 1899, a new group formed. Der Verein fur Deutsche Schaeferhunde was founded by Max von Stephanitz, who wanted to breed an all-purpose working dog.

The German Shepherd came to the United States in 1908 with soldiers impressed by the courage and abilities of this dog. German Shepherds will reach an average height of 22 to 26 inches, a weight of 77 to 85 pounds and live an average of 13 years. There are a wide variety of coats in this breed. Some German Shepherds are longhaired and some are shorthaired. The color is most often black and tan, but can also be sable, all black, blue and liver, and white.

The one thing all German Shepard coats have in common is that they shed profusely, and shed worse during their shedding season. Daily brushing usually helps combat the shedding, and German Shepherds should only be bathed occasionally. Almost all German Shepherds are described as self-confident and loyal.

German Shepherds are highly intelligent and often times used as police dogs, rescue dogs, and guide dogs. German Shepherds make excellent guard dogs and are very loyal to their family. They make excellent protectors, barking when someone unfamiliar is approaching. German Shepherds do make good family pets and will guard the children of 'their' family. They will tolerate the poking and prodding children are prone to do. However, they are sometimes unaware of their size and power relative to a small child and may indiscriminately knock them over.

A German Shepherd and child should always be watched to avoid this. German Shepherds can survive apartment living if given enough exercise regularly and given enough activities. If left alone too long or not stimulated enough, German Shepherds will become bored and destructive. They enjoy being in the company of their human family but not other pets. As a working dog that likes to please, a German Shepherd will do very well with obedience training. German Shepherds are prone to some genetic disorders including hip and elbow dysplasia, blood disorders, digestive problems, epilepsy, chronic eczema, keratitis (inflammation of the cornea), dwarfism and flea allergies.

Posted by Werner Cappel at 10:25 AM No comments: Links to this post

Posted by Werner Cappel at 9:24 AM No comments: Links to this post

Through breeding experiments, breeders have been able to create variations of the German Shepherd

. Such experiments gave way to new kinds of German Shepherd dogs, one of which is the white German Shepherd. But in spite of these great results, there are some people who wish to stick to its roots by breeding old-style German Shepherds which are larger than your usual German Shepherd. These purists argue that though these experiments can produce German shepherds with special attributes, the qualities which gave the breed its reputation such as intelligence may disappear.

The different lines of German Shepherds

For those who do not know anything about German Shepherds, you may think that all of these dogs are one and the same. They are not. In fact, there are many lines of this breed and the old-style is just one of them. Each line was created for a specific purpose and these are:

- International working line. This line of German Shepherds is bred mainly to gain the working traits rather than the looks. Because of this, the appearance of these dogs may differ.

- International show line. This line was designed for breeders who are after the appearance of the dog rather than its working traits.

- North American show lines. This line was designed also more for the looks of the dog but with certain variations. These include sloped backs and sharper angulations. There are now debates on whether this line should be considered as a different breed of dog altogether. But breeders of this line argue that though there are great changes in the appearance of the dog, the working attributes have not been changed. 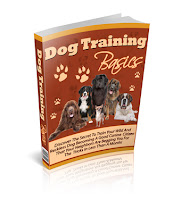 the old-style dogs have larger heads. The other physical attributes of this kind of breed include a straighter back, big bones, and no extreme angulations on the legs, giving it a noble and more poised look.

Posted by Werner Cappel at 11:03 AM No comments: Links to this post

The Anatolian Shepherd is a large dog, standing between 26 inches and 30 inches. There is a height difference between the sexes. This is a powerful dog. The Anatolian Shepherd head is in balance with the body, it has a rounded head, with a rectangular shape to the muzzle. The muzzle is normally black. Their lips are black and the top lip should not over hang the bottom jaw. They can have a scissor or level bite. Naturally, they have pendent ears that hang down. These are mostly black, these should be set no higher than the head plane. Some country's, like their native home Turkey, crop the ears short. Their eyes are almond in shape and have black eye rims, except for the liver colour who's eye rims are brown. Their head is set on a thick neck that is in proportion to their body. It is slightly arched and powerful. They have a chest that is deep and reaches to their elbow. Legs are smooth and straight, set well apart, but in proportion to the dog's body.

The Anatolian Shepherd tail is high, it is long, and it curls upwards, and when alert their tail curls up and over their back. For showing it is desirable to have a tail that is "wheel" carriage, this means that the tail will not un-curl totally. They have a short coat that is double, the colours can range mostly in the fawn, with a black mask, but you can have brindle, white and pinto. We see two coat lengths medium and medium long, which can vary with the seasons. The Anatolian Shepherd dog has really good hearing and sight. It can be very fast. They tend to be barkers at night.

History: The Anatolian Shepherd dog comes from Turkey which is in the area known as Anatolia, which used to be known as Asia Minor. This dog has been, for centuries, a shepherd dog protecting the flock. Before that they were used in battle and for hunting. They were seen as a great prize in victory. This dog can fight wolves and the Turkish people who owned this dog would put on spiked dog collars to help the dog in a fight with a wolf, this gave the dog some neck protection from the wolf or even sometimes a bear, which may attack their flock. They live outside all year with vast changes of temperature and weather. This dog comes from the region of Sivas- Kangal. There is some debate around what is a true Kangal but due to the isolation of the area this is felt to be the pure Kangal. In Turkey the Kangal is the National Dog and is seen as a great treasure. The Anatolian Shepherd dog is very hard or impossible to get from Turkey. These dogs are still a working dog and good companions for the Sheppard.

Temperament: While these dogs are shepherding dogs, they are not herding dogs. Their role is of night watching and guarding. The Anatolian Shepherd tend to be noisy at night as they patrol, to ward of predators. They have good hearing and good eye sight, are bright and intelligent. They have a built in protective instinct that cannot be stopped. They need great leadership from their humans and not a dog for the first time ownership. Human leadership is a must for this dog. This dog, if not getting good leadership, will get to think his own way, and will choose to answer a command or not as the case may be. While saying this he is sensitive to being told off and loves to have affection heaped on. The Anatolian Shepherd dog is wonderful with children; they seem to know that a child is safe. In Turkey these dogs live in villages and in the day when they are not working play and sleep around the village seeking affection from the children, they can be very protective of their young wards. While being big this is a gentle dog around the family. The only thing to note is that due to the size of the dog, they may knock the young child over. The Anatolian Shepherd get on well with other animals if introduced. They can be dominant to other dogs so it is best to socialize them while they are very young. Due to their nature, this dog will patrol his territory at night, keeping close watch of their flock or family.

If they see or feel that their flock is in danger the fist thing they do is stand in front of the flock to guard them and bark a loud deep bark. If the foreseen danger is not scared away this dog then attacks, this is the last thing the dog chooses to do. This breed needs a lot of socializing while young to allow them to understand what you want and to help with their natural guarding instincts.
Health issues: The Anatolian Shepherd breed has a slower immune system than many other breeds, talk to the veterinarian about extra injections it may need. They are sensitive to anaesthesia. Hip dysplasia can occur in this breed. They are prone to hypothyroidism or eyelid entropion.
Grooming: You do not need to do much in the way of grooming with the Anatolian Shepherd, but you will need to do vigorous grooming, twice a year when they are shedding. Shedding is very heavy.
Living conditions: The Anatolian Shepherd is not an apartment dog. They need a large garden that is well fenced as they are very suspicious of any strangers. Some thought has to go into how a stranger or visitor new to the house can enter without the dog scaring them too much. This dog likes and needs to run free so a large garden is needed along with long daily walks.

Posted by Werner Cappel at 12:57 PM No comments: Links to this post