Understanding the Difference Between a PUGGLE and Their Parents

A Puggle is one of the new hybrid breed dogs that is produced by mating a select male pug with a small female beagle. These Puggles are very not very high tempered and they would surely be because pugs and beagles are also sweet-tempered. These pups do not require much maintenance and they would go very friendly with the children.

They are very playful and sturdy dogs apart from being very lovable and loyal. However, unlike other hybrid dogs, the Puggles do not have any specific health concern which is observed in purebred pugs. As this dog breed has long and elongated nose they also do not face any breathing problems. The Puggles have a comparatively short coat, a distinctive curly tail and velvety ears. They generally range between 8 to 14 lbs and are nearly about 12 to 15 inches in height. It is possible for you to find different colors in Puggles.

The difference between the first generation of Puggles and second generation Puggles: There are a number of people who are confused about the first and second generation of Puggle as they also have the question whether it is possible to breed a Puggle with a Puggle. The first generation of the true Puggles actually comes from a purebred beagle parent and only from a purebred parent pug. Usually, all the pups in the lot would be very similar in looks. Their size and coat color can however differ but for the most part, their physical characteristics are similar.

It is actually possible to bread a Puggle to Puggle or second generation Puggle which is same as you bread any other dog. However, this breeding will not give the same outcome as the first generation Puggle. If you are breeding 2 Puggles from purebred parents then you will still be breeding with a half pug and half beagle but the genetics would be a little shuffled during the second time. the pups would look very similar like the beagles like the Puggles or pugs that you started with and their color of a combination. There are a number of people who are using what is called a poetic license that includes the Puggles. Here, the Puggle is not a part of Chihuahua, Poodle or any other breed but a mix of pug and the beagle only. The second generation Puggle would just be the result when a true Puggle is a breed to true Puggle and no other breed.

The way to establishing breeds is very difficult and would require time and many generations of careful breeding in order to gain a consistent outcome. As every purebred that is known today was once started using two different breeds of dogs you can just imagine how long it must have taken to create this consistent build and look that you recognize today. If the Puggles need to be the breed of their own then the conformation and look should be produced properly every time a Puggle is a breed to another Puggle.

Posted by Werner Cappel at 11:43 AM No comments:

Beagle barking is commonly agreed to be a popular behavioural problem in this breed of dog. Beagles are intelligent dogs with an instinct for hunting. However, their barking can drive owners and their neighbours up the wall. If this is true for you and your beagle, now is the time to put a stop to the issue.

When attempting to stop beagle barking, it is essential to first consider the reasons why your beagle may be barking. If you do not do this, you are unlikely to be able to stop beagle barking. There may be a number of reasons for your dog's barking. Your beagle's barking may be attributed to a common reason. The bark of a beagle is a form of communication. Consider why your beagle may be barking and consider the surroundings that they are in when they begin to bark. Beagles are relatively small in size yet they possess a great deal of energy. All dogs need regular exercise and if they remain indoors or cooped up in a pen for the majority of the day, they will be keen to get outdoors to expend at least some of their energy. If a puppy is unable to expend their energy, they will suffer from boredom and loneliness. When they are allowed out or do come into contact with humans, they are likely to become highly excitable. This will often lead to barking.

When you take the time to consider how to stop beagles barking, you are taking the first step to improving your beagle's barking. Take the time to consider and learn more about your dog's needs. Furthermore, you should ensure that your dog is aware of your own needs. Do not hesitate to let your beagle know when its behaviour is inappropriate or unacceptable. However, it is inadvisable to react negatively to stop beagle barking. Never throw objects at your dog to stop beagle barking. Taking your dog to a professional trainer will increase your understanding of your puppy. Furthermore, you will be provided with effective beagle training tips.

Beagles are intelligent dogs and this can often be seen as a drawback - it may or may not work in your favour. Use your beagle's intelligence to your advantage by using beagle puppy training tips. While beagles offer many beneficial characteristics, stop beagle barking training can take time, patience and effort. Once you have learned how to stop beagle barking, your faithful friend will be the perfect dog.

Posted by Werner Cappel at 11:25 AM No comments:

The BEAGLE - Friendly Loyal And Loving

A small to medium sized dog, the beagle weighs between 20-28 lbs and is 12" to 16" in height. Sometimes referred to as the English Beagle, this breed is energetic, friendly and loyal both as a family companion and hunting dog.

Coat colors accepted by the AKC are orange and white, lemon and white, red and white or tri-colored. Black, white and tan tri-colored coats are the most common. Their medium-length coat is smooth, hard and close. It requires minimal brushing and only needs to be washed occasionally.

Friendly, loyal, loving and playful are all qualities that make them excellent family pets. Homes with other dogs, pets, and children can all welcome the Beagle as part of the family. They require minimal socialization and actually enjoy the companionship of other pets and their family. A very energetic breed, the beagle needs a home that will give them plenty of play time, exercise, and regular walks. When outside they should be in a fenced in yard and a leash should be used for walks as they have a tendency to explore and follow scents. They make good watchdogs as they will let you know if someone is at the door by barking, but they are naturally friendly with strangers, so don't expect them to be good guard dogs.

Originating in England, this scent hound was bred for hunting rabbits and quails. They would often hunt in packs or pairs, but can also hunt well alone as well. They have an excellent sense of smell which makes them good at tracking and as narcotics dogs. Today they are mainly seen as companion dogs in the United States, but they are also used as hunting dogs.

A breed with such a friendly, loving nature is perfect for just about any family dynamic. Because of their high energy level and need for regular exercise, they work best with active families or those that have a yard where they can have plenty of time to roam and run. If you are looking for an affectionate breed that enjoys family companionship and loves to play, then the Beagle is the perfect dog for you.

Posted by Werner Cappel at 9:57 AM No comments:

Email ThisBlogThis!Share to TwitterShare to FacebookShare to Pinterest
Labels: Beagle

(Original Title: The Beagle Dog Breed: An Expert Guide To This Lovable Hound) 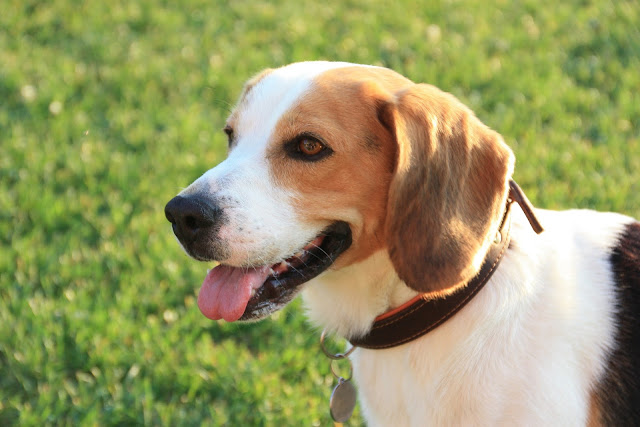 Beagle
The Beagle is a member of the Hound Group and is America's fifth most popular dog. This breed has origins dating back roughly 2,500 years ago. Today, the Beagle's keen sense of smell makes it the popular choice for working in airport security, while its amiable nature, size, and lack of health problems make them a common choice for a family pet.

History
The first modern day Beagle originated in England in 1830, but the Beagle's ancestors can be traced roughly 2,500 years prior in ancient Greece when William the Conqueror bred Talbot Hounds to create the Southern Hound. In Medieval times, hunters used what were called "Pocket Beagles" that could fit in the hunter's pockets and could be released after larger dogs had cornered prey in areas that only smaller dogs could reach. King Henry VII and Queen Elizabeth I were huge fans of the pocket beagle, which became extinct around the year 1900.
By the 1700s, the North Country Beagle and the South Hound were the two breeds used for hunting rabbits and the Beagle's main common ancestors. The two breeds were mixed with the Foxhound, as fox hunting became a popular sport in Great Britain. In 1830, the basis for the modern day Beagle would appear when Reverend Phillip Honeywood of Great Britain would begin breeding dogs that slowly moved away from the North County Beagle and South Hound. The first Beagles were smaller and had pure white coats.
In the 1840s, the Beagle now had four variations:
Approaching the 1900s, the number of Beagles had risen and the standard for the breed was recorded. General Richard Rowett from the United States had Beagles imported to his home in Illinoise, where he would begin breeding them and helping the Beagle become recognized by the American Kennel Club in 1884.

Temperament
The Beagle is a happy, loving, and outgoing breed that will greet both people and other animals with joy. For this reason, they do not make good guard dogs. Small rodents should not be trusted around Beagles since they were bred to hunt small prey. Beagles are content to curl up on the couch with their owners and relax, but this breed needs daily exercise and mental stimulation. Without it, they can become destructive. Beagles should be trained early and are easily motivated with food.

The Rundown: Beagles are healthy, happy pack animals that need homes with multiple people. A fenced yard is a necessity due to their strong scent drive and inclination to wander. Their size is perfect for most living situations, but their tendency to howl can be detrimental to apartment living.

Posted by Werner Cappel at 10:59 AM No comments: