Living In Harmony Or At War? Having More Than One CAT In Your House

For those that love cats, having just one is never enough.  Instead of having just one cat to call your own, you can have several.  Those who have more than one cat realize that this is a good thing not only for the cat owner, but also for the cats as well.  Cats like other cat company.

Are you considering getting another cat?  Many people wonder if their cat would be okay with another being around.  If your cat is alone for a long period of time, then he may like having a cat around.  Older cats will often develop a new lease on life when there is a new kitten introduced to the home.  Some cats do like their solitude though and territorial issues can cause a problem.

New kittens mean having to go through all the frustrations with training all over again.  You’ll also need to consider the added expense of all the vaccines as well.  IF you add an older cat to the home, this too can be a challenge because the cat will need to adjust to the new home as well as to develop behavioral or health related problems.

When choosing another cat to bring into your home, you do not have to choose a cat that is the same breed at the one that you have.  You may want to take care to choose the right combination though.  For example a Rex with his silly behavior with a standoffish Russian Blue may not be the right combination.  Cats will similar traits can work well together.  The Himalayan Persian and the Maine Coon breeds are so friendly that they are likely to adapt to any even some of the most demanding breeds. 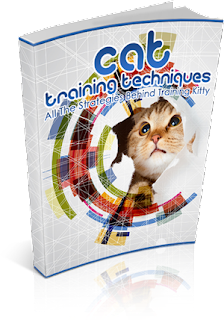 Set up an area for that cat before bringing him home.  He may do better if you allow him to stay in one area until he adjusts.  Allow him to settle in for the day before you introduce him to the rest of your family.

You’ll want to allow the original cat some time to get used to having the other cat in his home.  This may take some time.  For a smooth transition, make sure he doesn’t have to share his own litter box, his food or his toys with the new cat.  There are health reasons as well as feelings that should be thought of here.  Cats who are forced to share a littler box may actually decide to create their own area for a private box.

There are many reasons to have more than one cat.  For many of those reasons, you’ll be able to have that much more companionship with more cats.