Early History of the AFFENPINSCHER

The Affenpinscher has its origin in Germany. The progenitor of the Affenpinscher was probably a rough-coated little ratter that survived in the central European countries by its clever personality and its rodent-killing abilities. The Flemish artist Jan Van Eyck (1390-1441) included in his painting The Marriage of Giovanni Arnolfini and Giovanni Cenami a scruffy terrier-type dog, placed facing the audience between the newlyweds. This is an example of the type of dog that probably was the ancestor of both the Brussels Griffon and the Affenpinscher.

Albrecht Durer (1471-1525) from Nuremberg, Germany included a small dog in several of his woodcuts that suggest the existence of this "Long-haired Dwarf Terrier." Seventeenth-century painter Gabriel Metsu (1629-1667) portrayed a little dog that looks very much like our contemporary Affenpinscher in his celebrated work A Soldier Receiving a Young Woman, which today hangs in the Louvre. Other dog enthusiasts claim these representations as early examples of their own breeds. One thing certain is that a small rough-coated household dog similar to the Affenpinscher existed an was admired for several centuries.

Offical records or formal breeding programs for Affenpinscher did not exist until the late 1800s. Affenpinscher show records from the 1870s and '80s in southern Germany, around Frankfurt and Munich, reflect that the breed was firmly established and exhibited. In an 1889 publication, The Canine Chronicle, there is a description of a special show in Frankfurt sponsored by a club for the German Toy Rat-terriers (Affenpinscher) . "Affenpinscher" was first used for the name of the breed at this time. Until then the word "Affenpinscher"was used as an adjective. At this show there were classes for dogs weighing under 5 pounds and over 5 pounds. By the early 1900s these two size classifications seemed to disappear. The smaller ones assunmed the former nickname, Affenpinscher, which the larger type being absorbed into the Miniature Schnauzer breed. Instead of its earlier function of being a "ratter," the smaller Affenpinscher is more of a "mouser." However, even today a large specimen of betwwen 13 to 16 inches might appear in a closely line-bred litter. These larger throw-backs generally have great personalities and are of good breed type, except for the size and the fact that their muzzles may be a bit longer. This larger type usually makes an excellent companion for a family with young children.

From Volume II (1903-1907) of the registration book for the German Pinscher-Schnauzer Club (PSK) , the Affenpinscher is listed for the first time as a separate breed. Fourteen specimens are recorded. Except for during World War I (1914-1918) , the numbers continued to thrive until 1939, with the majority of Affenpinscher coming from the area around Munich. It seems that the Affenpinscher reached a high point in the late '20s and early '30s. The people with wealth and fame in German society promoted the breed. It was often seen in dog acts on stage and in circuses. With the onset of World War II in 1939, the decline began, and the breed's popularity was never again the same in Germany. Of late, the number of Affenpinschers born annually in Germany remains only in the teens. 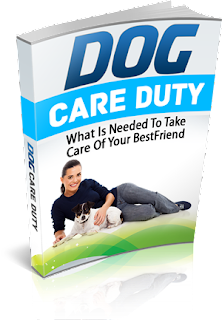 In early years Affenpinscher came in a variety of colors. Then under the leadership of the prominent breeder von Otto, a decision was made that a black coat best suited the personality of Affenpinscher. From 1917 to 1923, 60% of the Affenpinschers were of colors other than black. Gradually black became the predominant color. In 1935, 78% of the registered dogs were black. As late as 1954, 5% Affenpinschers were still colors other than black. Now, throughout Europe and England, black is the preferred color, and no other color is encouraged or allowed to be exhibited. In North America the colors that were first described for the breed are accepted equally, and many of them are shown. However, the majority of Affens in America are black.

Affenpinschers represented in photographs from the early 1900s closely resemble today's Affenpinschers.Obviously, the type for the breed was set early on and has been maintained over the years by a few devoted breeders around the world. It seems odd that this breed has never reached the popularity it deserves. Its greatest strides have been made in America and recently in England.

Posted by Werner Cappel at 8:59 AM